Forefoot surgery has changed a lot over the past 20 years in France. Procedures that concerned mostly the “soft tissues” (tendons, ligaments, joint envelops) spread to the bone itself. Nowadays, surgeons commonly perform bone sections (osteotomies) to modify the foot architecture and significantly improving the outcomes. In parallel with this transformation, surgical methods has also been modified. The classical “open” surgery changed to the most recent, the minimally invasive and/or percutaneous surgery 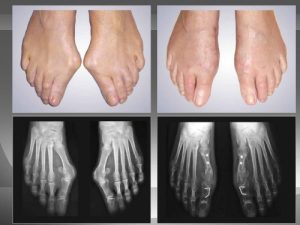 Hallux valgus : before and after classical open surgery

Classical open surgery relies on a precise preoperative planning of bones and soft tissues procedures. Section or lengthening of retracted soft tissues are performed, as well as re-tensionning stretched tissues ans section or reorientation of bones (osteotomies). It is theoretically possible to rectify in three dimensions any deformation (lower a bone, reorient it in the foot axis, shorten it if needed…).
The scars are a several centimeters long and generally located medially and above the foot. The bones are fixed with metallic hardware (small screws and/or staples), which is not to be removed.

Two types of osteotomies are the most often performed, called Scarf and Chevron 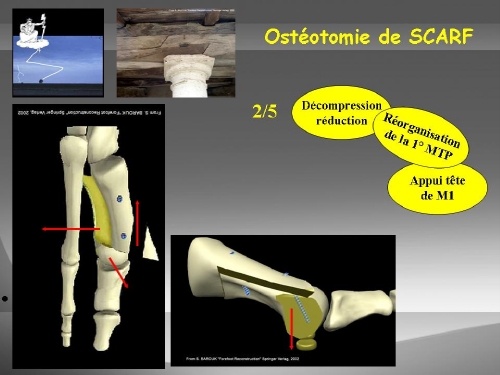 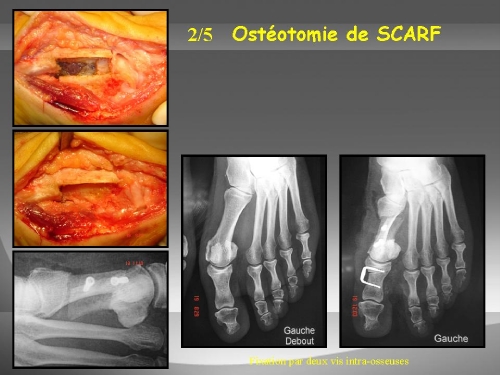 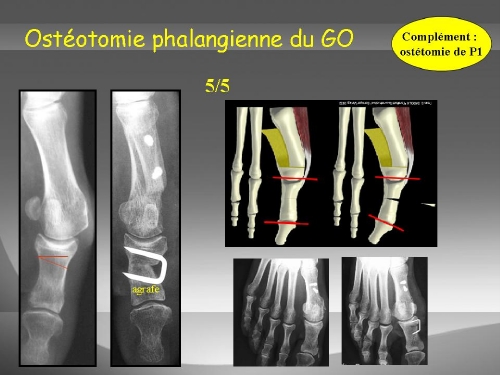 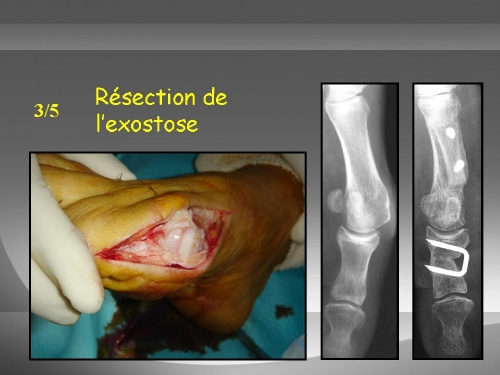 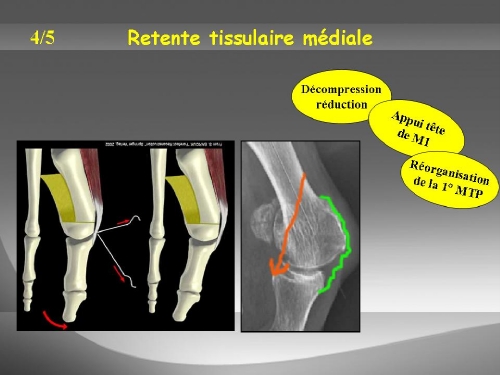 Pros and cons of the classical surgery

Before the latest techniques appeared, classical open surgery was the only possible method for forefoot surgery. Still today it remains the only process for the surgeon to keep a direct visual control on the procedure.
The development of minimally invasive surgery and percutaneous surgery allowed to considerably reduce surgical aggressiveness and thus simplify postoperative follow-up. The counterparty is the loss of direct visual control offered by the previous method. It is only acceptable if the new procedure remains reliable in its new way of performing.
Finally, classical open surgery is still mandatory in some situations. It is especially true in the cases where it remains the only procedure to offer the required level of execution’s safety.